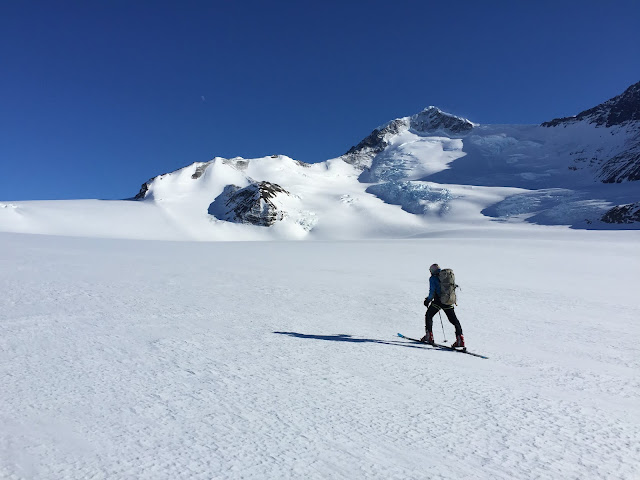 My ascent of the Ragni Route, on Cerro Torre's West Face. 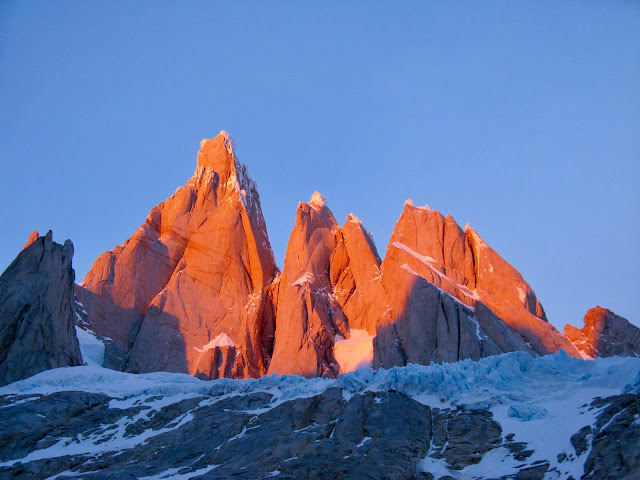 The first rays of sun lighting up the Torre Group: a breathtaking sight!   A long journey to the summit. When I got to El Chaltén in the 1995-96 summer season, I fell in love with its mountains and decided I would return there every summer. On that first trip I spent 6 weeks climbing and exploring. We went up the Guillaumet, Poincenot and De la S needles. After that trip I decided to pursue the Mountain Guide career and settle permanently in El Chaltén since 2001. This way I could be closer to Fitz Roy and Cerro Torre and be able to take advantage of climbing and exploring at every opportunity that would arise. I was able to reach the summit of Fitz Roy in 2004 and complete the “Compressor Route” to Cerro Torre in 2008. However, the west face of Cerro Torre with its famous "Ragni Route" was a personal dream of mine which was pending for many years, with aura of myth that surrounds it from its very first ascent by Casimiro Ferrari in 1974. Cerro Torre is considered one of the
Post a Comment
Location: El Chaltén, Santa Cruz Province, Argentina
Read more